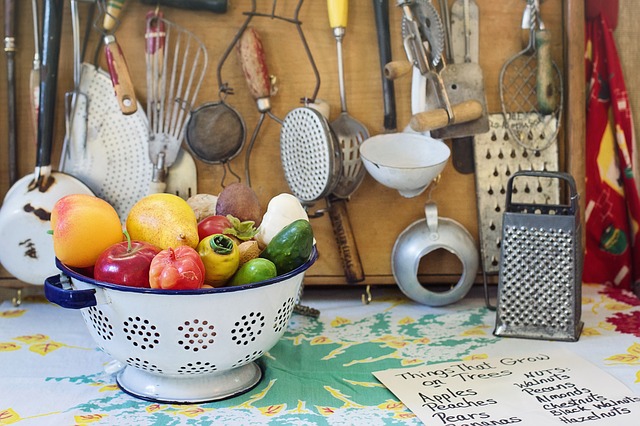 There are so many things affected by fashion changes.  How we arrange our kitchens – in fact, the whole concept of kitchens as a work room, social gathering space, entertainment centre and general hub has changed dramatically over the last two decades.  In the ’20s and 30’s there were thousands of houses built for families to own their home instead of renting as had been the norm.  In those houses, the ‘kitchen’ was no more than a basic scullery affair with a useful butler sink with wooden drainingboard set very slightly at an ankle to let the water drain efficiently into the sink.  Under the sink might be storage area with a curtain on an elasticated runner.  There were no fitted cabinets or overhead cupboards.  The usual arrangement was a free standing cabinet with the upper double doored area for food – food preparation items.  Below that was a pull down hatch which served as the work top preparation surface – in that space behind would be bread and cake products.  Below that were two large drawers for all the cutler and kitchen utensils.  Finally, in the capacious cabinet belowthose was the every day crockery and bakeware.  My how things have changed.  The kitchens today are bigger than the whole downstairs of my grandparents’ home built in 1933 and sporting exactly the Houdini’s cabinet described earlier!